In a word, yes, bees can fly in the rain. But, they can only cope with light showers or drizzle. Heavy rain is a concern and can be very dangerous for them. They are not alone in this as bees share this dislike for wet conditions with other species such as barn owls and butterflies. Let’s explore why this is the case.

Can bees predict the weather?

People could learn a thing or two about weather forecasting from bees. Bees have a super sensitive system which can predict when and how much rain will fall so rather than getting caught out, they stay in out of the weather.  Light rain doesn’t trouble them or the odd, transient shower, it is violent and prolonged bursts that they seek to avoid.

Scientists think that a combination of factors combine to provide bees with this innate ability to be defensive about weather, which is so detrimental to their function. This list is a range of factors that can influence a bee’s ability to predict rain including amongst other things:-

Like other species, it is suspected that bees actually plan ahead so their behaviour is proactive when they suspect the weather conditions will mean they cannot look for food.  So busy bees could mean the imminent arrival of heavy rain or a storm.

Do bees just dislike the conditions?

It’s more a question of not being able to fly and go about their daily business.  The body of a bee is almost completely covered in fine hair and becoming waterlogged affects their ability to fly and feed.  Large raindrops can literally knock them out of the air, the equivalent of a colossal jet of water to a human being.

Bees have an advanced avoidance system and will always dodge the wet weather rather than risk getting caught in it.  If a bee is outside in heavy rain, it will seek shelter until the storm passes rather than run the gauntlet of a further drenching when trying to return to the hive.

Do bees differ from wasps and hornets?

Wasps and hornets don’t have the fine body hair of a bee and they can remain relatively active in stormy or very wet conditions. They have more of a hardened body ‘shell’ that the water simply runs off on. They may still be affected if their wings are compromised but the overall effect is a lot less.

How to care for bees in prolonged spells of wet weather

Bees can be fed within the hive with the sole aim of helping them through a difficult time. If there is  of a few days of very wet weather they will be reluctant to leave the hive to forage.

Severe and violent storms may raise the requirement to physically secure the hive.  The top of the hive needs to be well fitting and securely watertight so it is not blown off and the inner colony saturated.  Beware also the entire hive being blown over or suffering falling or flying debris such as tree branches. Don’t be tempted to move the hive unless it is literally a couple of feet away as the foraging bees will not be able to find their way home.

Bees are clever homemakers and waterproof their hive with something called ‘propolis’.

This is a substance collected by the bees from tree buds and is sticky and resin-like, usually reddish brown in colour.  It is used as a varnish and an adhesive within the hive and the bees also employ it to fill cracks and crevices to ensure that moisture is kept at bay.  Hives full of honey are well treated with propolis are usually pretty heavy and unlikely to move or topple unless the weather is exceptionally bad.

Gently place the bee somewhere less wet to dry out, under a plant or leaf will usually do but direct sunlight is the best and quickest option.  Try not to remove the bee too far from the location in which you found it so that he can make his way back to the hive when he is dry enough to fly again.

What to feed bees that are in sheltering from the weather and unable to forage?

Sugared water can do the trick, one part sugar, white sugar is fine, to the same quantity of water which should be room temperature.  Brown sugar is to be avoided as the molasses element is difficult for bees to digest.

What is the effect of a heatwave on the bee population?

You might think that a heatwave will work in the bee’s favour but prolonged spells of very warm weather can actually affect the bee’s food source.  The lack of available drinking water is also a potential problem for bees as it is for many birds and mammals. There is simply not enough readily available sources of hydration, even dew normally available from plants and leaves.

However, bees do multiply in hot weather and there are far more reported swarms of bees than normal as they outgrow their hives in warmer weather. Just as there are many more incidents of wasp and hornet nests throughout a warmer summer.

Will climate change be an issue for bees?

Global warming is a potential problem for bees but the loss of habitat and the use of pesticides is a far bigger issue.  Bees can respond well to climatic changes in that they learn to adapt their survival techniques over a period of time just like other species.  However, the loss of food sources and potential destruction from chemicals is something they cannot adjust to or withstand.

Honey levels hit their highest point since 2014 but still a drop in the honey pot compared to the levels of honey produced around half a century ago.  The British Beekeepers Association (BBKA) released figures which state that there are an estimated 270,000 hives in the UK now compared to nearly one million in 1900.

One-third of the bee population has disappeared in the last decade.

BBKA states that everyone can improve honey yields by planting bee-friendly plants and flowers in their gardens.  Changes in agricultural practices, the increased use of pesticides and gardens that differ hugely from how they may have looked even thirty years ago are all contributory factors to the worrying decline in bees.

Cottage garden plants of yesteryear are top favourites for bees so daisies, hollyhocks, foxgloves, climbing wallflowers and honeysuckle but the modern garden tends to have fewer flowers and an increasing area where the ground is covered with a terrace or decking.  Flower gardening is a bit like cooking. In the modern digital age where life is 24/7, people don’t have time for it and old skills and knowledge are being lost.

Clever things bees do as well as weather forecasting

So, the perfect weather for bees really is summer sunshine, temperatures that are not too hot and light rain showers every few days.  This keeps the blooms blooming and guaranteeing them a good food supply. But, is not so off-putting that they won’t venture out of the hive where water is readily available to drink so the bees do not become dehydrated.  So that’s a good match for us pesky humans, a lot of sun and a little refreshing rain.

link to A new children's book about bees!

Here is a short back-story from an author that engaged with us to write a book...and it's...

Continue Reading
link to Black Wasps - Everything You Should Know

There are different types of wasps in the world and the western side of the United States has a number of species that are attracted to the climate. The great black wasps is one of these and has...

School of Bees is our way of spreading knowledge of the wonderful world of these amazing little creatures.

Please read and share these articles to help spread the word about the amazing world of bees! 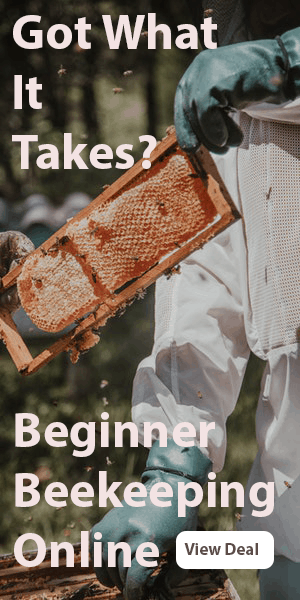